I thought Astro’s Playroom was going to be a throwaway pack-in title. I was wrong.

Given that the PS5 had big hitters Spider-Man Miles Morales and Demon’s Souls arrive alongside it, Astro’s Playroom being my favorite launch game is hugely surprising. I figured it would be a gimmick-fest: a few bleeps and bloops out of the DualSense speaker, turn the controller to move a robot’s head from side to side, kind of thing. What I got was a wonderful ode to PlayStation and the best example yet of what the future of video games could feel like.

Astro’s Playroom is undoubtedly what Sony would have been using to show off the PS5 to press and the public at the events that would have taken place this year had it not been for Covid-19. It’s the perfect showcase title, being instantly playable (both in terms of ease of play and speed to load), full of inventiveness, and just jolly lovely to mess around with. What isn’t so immediately obvious is how Astro’s Playroom taps into PlayStation nostalgia with such aplomb you can’t help but believe the development team live and breathe Sony.

Every new area in each of the game’s zones delivers a feast for your senses. Whether it’s the tactile drops of rain felt through the DualSense, the nuanced bow aiming thanks to the controller gyro, or the pressured squeeze of the R2 trigger when a robot arm crushes a hard prize ball, I’ve never felt a greater sense of connection to a game outside of VR. The DualSense made me truly excited about the PS5, even before I’d played any of the system’s more graphically impressive titles.

The other side to Astro’s Playroom, and really what made me love it, is its many homages to PlayStation history. Hidden about the world are collectables, often unlocking models of PlayStation hardware from throughout the years that get placed into a huge museum. But better still are the depictions of famous games being acted out by cute little robots. Everything from Vib Ribbon to Days Gone are aped here, and as I played through each one gave me a huge thrill. It might be seen by some as base-level fan service, but I don’t care. I loved it. 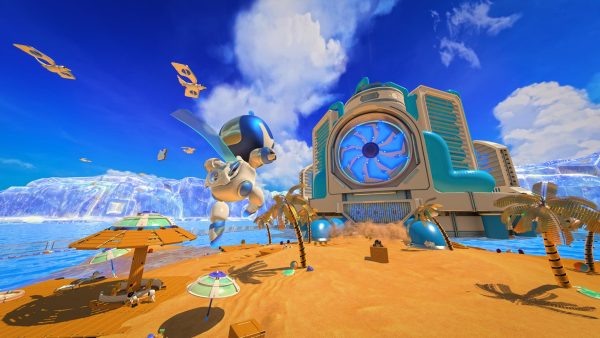 The Undertaker is Now Available in WWE 2K BattlegroundsWritten by Tom Orry
December 26, 2020

Every time I’d come across a new reenactment my son would ask about it, and I’d explain, and it felt like the game was giving him a crash course in the games of my past. And if a game ends on a more fitting finale during the entire upcoming console generation I’ll be shocked. The only downside to Astro’s Playroom is that it’s all over, save for a few missed collectables and speed runs, after a few brief hours. I’d pay for more, should Sony feel there is more to add.

If you’d have told me at the start of 2020 that my favorite release would be a cute robot game included with every PS5, I’d have laughed (at least internally, for a brief moment), but in the end this barely registers on the 2020 scale of events. I’m not sure I’d say Astro’s Playroom is worth buying a PS5 for, but it’ll make you happier about buying it.

I know this came out years ago, but I bought it for my son’s birthday this year and it’s been a constant feature in my house since. I’ve only dabbled with it myself, but I mainly want to give a shout out to the incredible soundtrack. It is, as I’m sure the kids used to say, absolutely banging. It’s also the best game for kids (and adults) who want the feel of a shooter without the violence that usually goes with it. 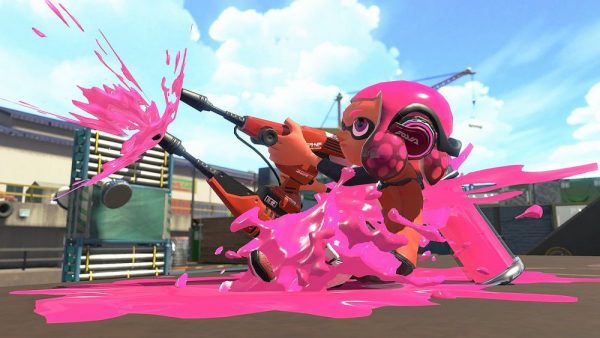 The whole thing is classic Nintendo, who never simply follows the trend, and instead forges its own path. Grab the controller and you’ll be greeted by a control scheme that is at odds with how your brain is now hardwired to expect a third-person shooter to play, but it ends up being ideal for ink-spraying gameplay.

As loads of people did, I used lockdown earlier in the year to try to get fit. I kickstarted this by buying Ring Fit Adventure, perhaps the best peripheral game of all time (and I owned Samba De Amigo and SEGA Bass Fishing on the Dreamcast). Gamifying fitness is nothing new, and indeed Ring Fit didn’t even release in 2020, but Nintendo nailed it. I felt like I was going on an adventure and had to do those wide squats in order to defeat Drago. I ended up finding my time too short and switched to YouTube fitness videos, before Lockdown One ended and the school run took over my scheduled fitness slot. It’s fair to say the last few months haven’t been as healthy, but for about 10 weeks I’d never been fitter or so keen to squeeze a hard plastic ring into my non-existent abs.

Ori and the Will of the Wisps – Xbox, PC, Nintendo Switch

It’s only fair that I also include a mention of another game that did release in 2020. Ori and the Will of the Wisps probably would have taken my Game of the Year slot had it not been for Astro’s Playroom. I’ve rarely played a game that felt so right. 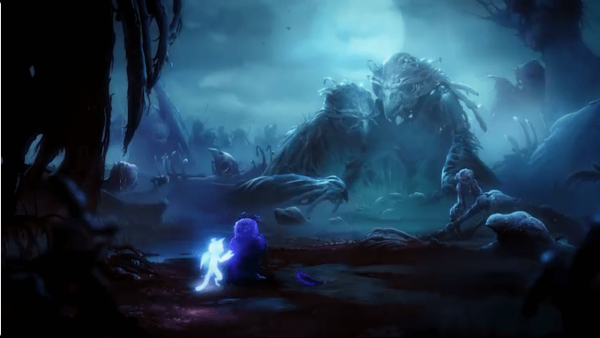 Ori is a delight to nip about with, and the new mechanics introduced in this sequel are superb. And well, the team at Moon Studio delivered yet another gorgeous and emotional adventure. I feel that Ori isn’t given the credit it deserves because it’s an “Xbox” franchise, so please give it and the original a try if you can. I don’t think you’ll regret it.

We’ll be posting individual staff picks over the next week, so please check back for more.