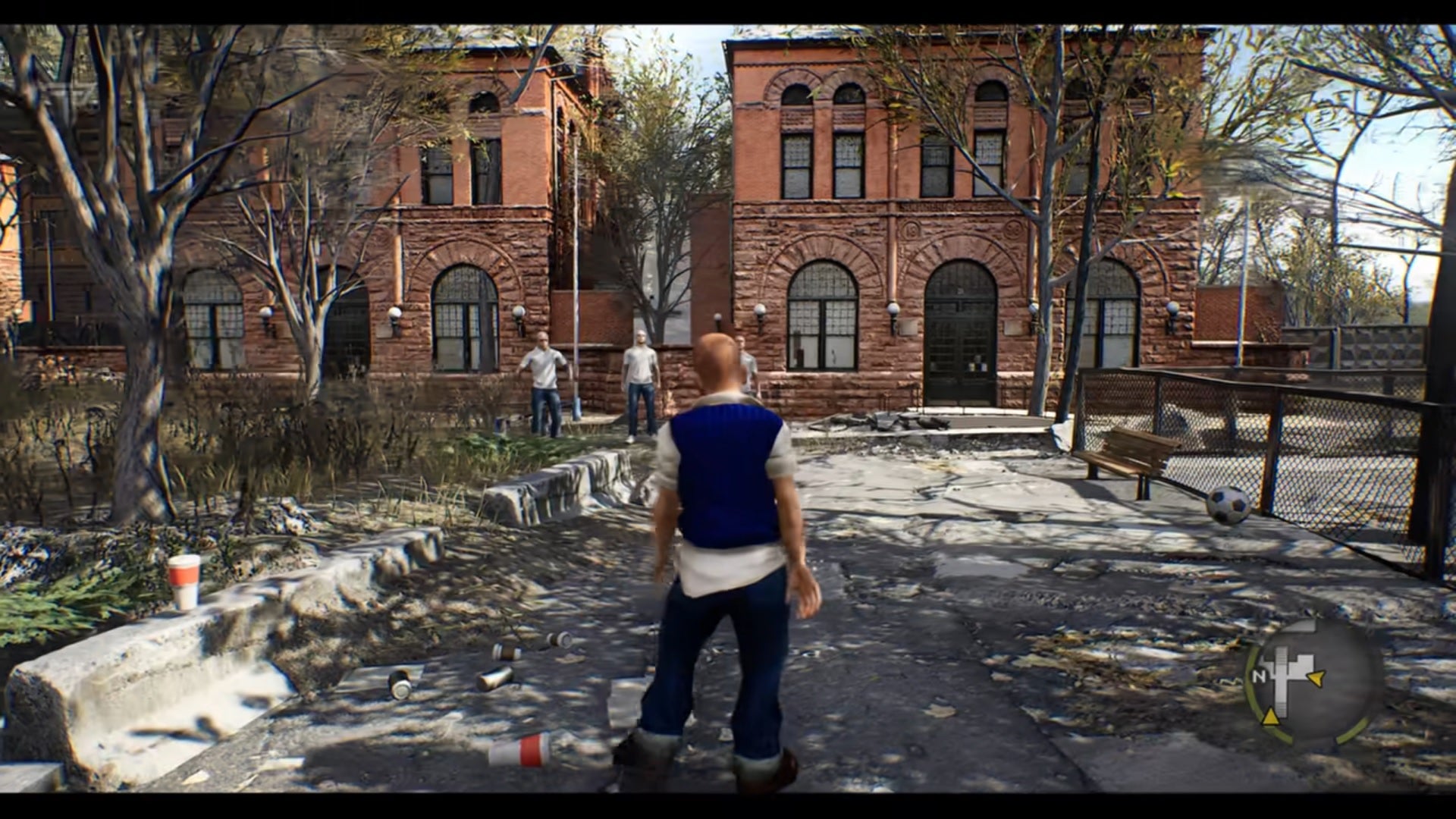 If you’re a fan of Bully – the classic school RPG from the good folk at Rockstar – you’re sure to be interested in a new Unreal Engine 5 showcase shining a new light on the classic title. Created and presented on YouTube by Teaserplay, we get plenty of character, environment, and conversational shots in the new engine.

The video is currently sitting at a comfy 246,000 views, with numerous fans of the series eager to see the game recreated in modern technology. There are some criticisms of the faces – especially Jimmy’s mug – but this balances out with some genuinely impressive buildings and exterior locations.

This video isn’t a sudden announcement of a full on fan-remake, but instead a concept trailer showcasing what a full on modern remake could look like. According to the description of the video: “We tried to use all the power and features of Unreal Engine 5 to recreate this such as Lumen, Nanite, Ray Tracing and Metahuman to create Jimmy Hopkins and Dr Crabblesnitch’s face”.

There are plenty of rad looking Unreal Engine 5 remake projects and fancy trailers out there, especially for classic games and IPs that haven’t seen a lot of love recently. Halo ODST got a loving remake trailer a short while ago, whereas a similarly loving UE5 recreation of Mirror’s Edge was one of the earliest and most gorgeous projects we covered following Unreal Engine 5’s release.

What do you think of this Bully showcase trailer? Let us know below, as well as whether those faces are a bit of a deal breaker for you!