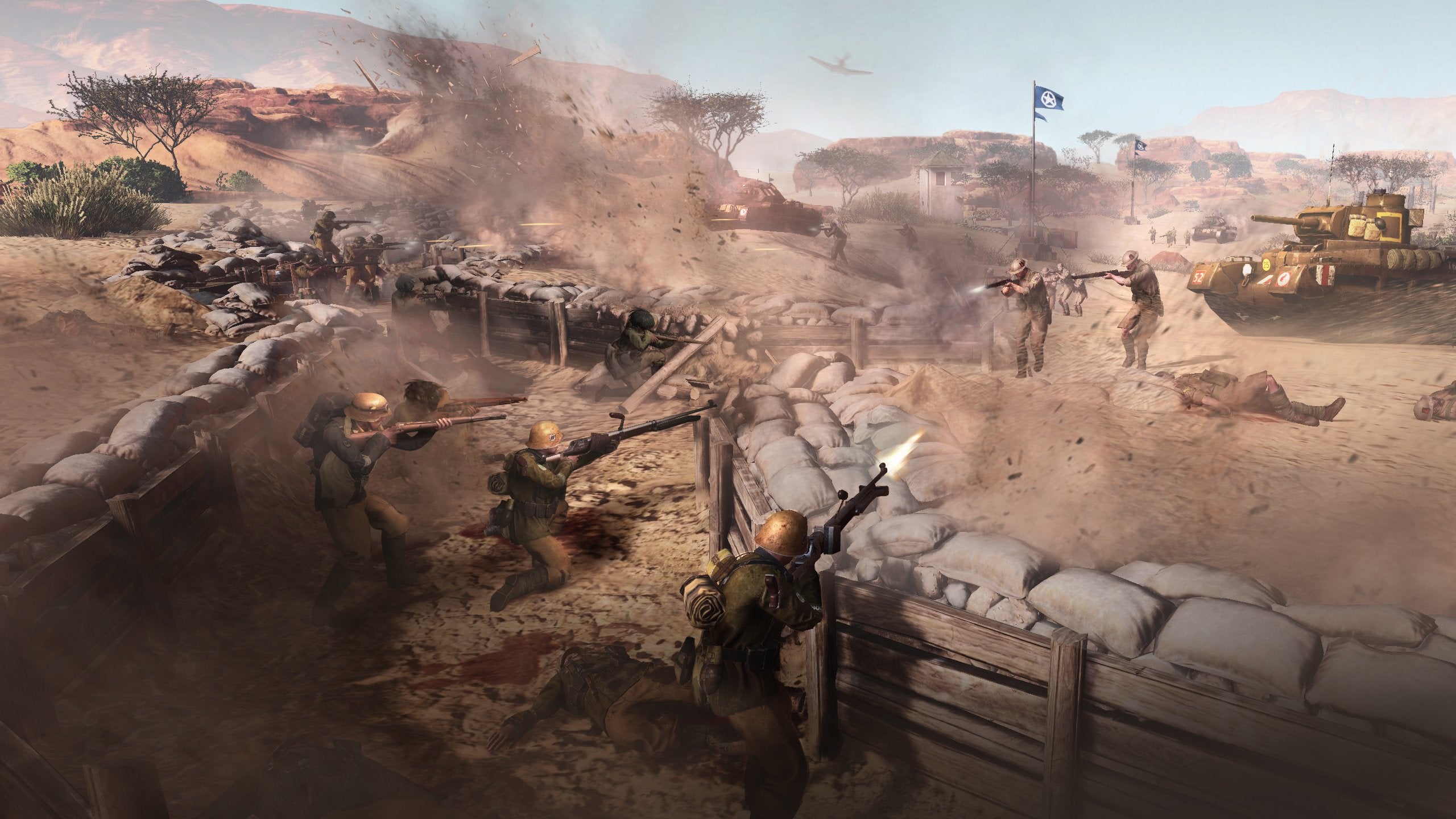 Relic Entertainment and SEGA have announced a release date for Company of Heroes 3.

You will be able to pick up the latest installment in the RTS franchise on PC via Steam come November 17.

If you want to get your hands on a portion of the game early, you can try out one mission from the North African Operation. This mission can be accessed through the community feedback program, COH-Development. If you have installed any of the previous two Pre-Alpha builds, the mission will automatically appear in your Steam Library.

In the mission, you will take command of the Deutsches Afrikakorps (DAK) as they attempt to repel the British from their entrenched positions. This mission is free to play on Steam now through July 19.

Unlike the branching, open-ended Italian Dynamic Campaign, the North African Operation is a more classically designed, narrative-led single-player experience. It features a wealth of new mechanics with tank-riding allowing for coordinated rapid-strike assaults and calling upon powerful Italian units such as the Guastatori combat engineers and the L6/40 Light Tank.

There’s also side armor, enemy vehicle recovery, and vehicle-towing, which lets you reposition your artillery like the German Flak 36 and British 17-Pounder.

The Undertaker is Now Available in WWE 2K BattlegroundsWritten by Stephany Nunneley
July 13, 2022

The Digital Premium Edition comes with the Devil’s Brigade DLC Pack, containing cosmetics based on the first elite commando units of World War 2.

Previous: Company Of Heroes 3 is reporting for duty on November 17th
Next: The Latest Deliver Us Mars Dev Diary Explores the Upcoming Sci-Fi Adventure’s Narrative Threads