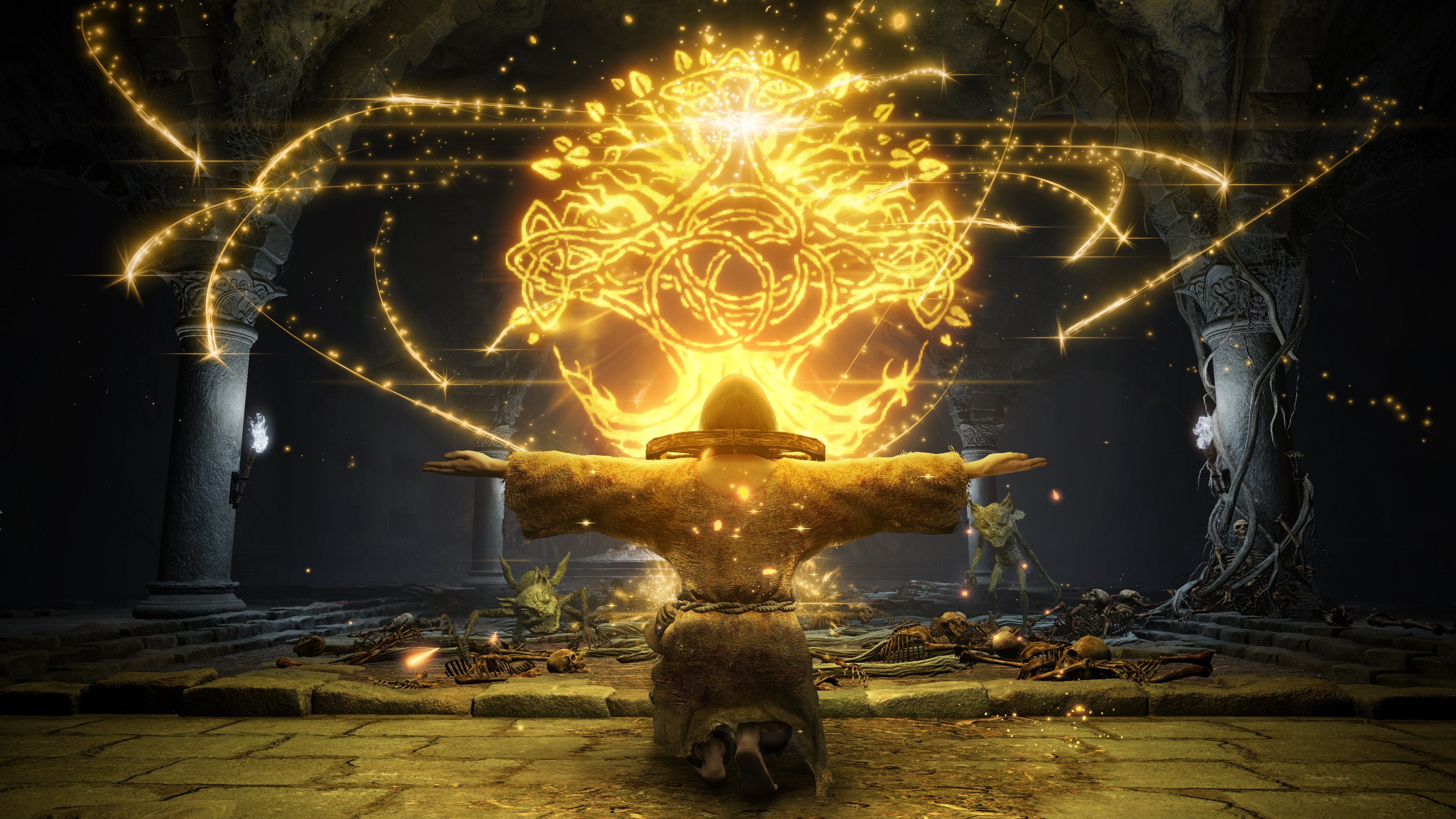 Elden Ring is out tomorrow, and whether you plan on picking it up for PC or console, you may wish to give Digital Foundry’s report on how well it performs the once over first.

According to DF, right now, it’s a bit of a “mixed bag” as far as how well the game performs on the various systems.

On PS5 and Xbox One X, even running on the launch day patch 1.02, the frame-rate mode runs between 45-60fps on PS5 and Xbox Series X, while the quality modes on each range between 30-60fps.

Both machines run with entirely unlocked frame-rates, and much like the network test, there’s still no 30fps cap to even out the wavering reading in quality mode. The result is a “highly variable performance for the quality mode in particular,” where 60fps is rarely “if ever achieved” on PS5 or Series X.

DF says that neither console offers a consistent 60fps in the final release, but there are some workarounds. Xbox Series X is “greatly improved by its system-level support” for variable refresh rate (VRR), should you have a display that supports it as it helps minimize the “judder in its 45-60fps range in frame-rate mode.” Xbox Series S users will also benefit from VRR.

While VRR support isn’t available on PlayStation consoles, running the PS4 app on PS5 clears up the frame-rate to a smooth 60fps. However, this means the game will run at a lower resolution. But, even though there are trade-offs, running the game like this is currently the best option to achieve a consistent 60fps.

For PC users, even with the 1.02 patch available, there are stutters of up to 250 milliseconds in length when “new effects, enemies, and areas appear on screen.” The stutter lessons as the game goes on, but a “second and more pervasive stutter” appears to be tied to loading new game areas as moving from one area to the next can cause minor one-off frame drops. At its worst, there are “tumbling frame-time issues” that drop the frame-rate from 60 into the 40s.

The Undertaker is Now Available in WWE 2K BattlegroundsWritten by Stephany Nunneley
February 25, 2022

Those with G-Sync or Freesync monitors will notice they help alleviate some of these issues, but this still isn’t ideal as the console versions do not suffer from these stutters. Other issues are a lack of ultrawide screen support, frame-rates above 60fps are not supported, and visible scaling is not supported in the graphical options. Because of this, Digital Foundry suggests it may be wise to wait for further patches before “investing time into the PC version.”

It’s possible the issues addressed above could be fixed in future updates on all platforms, so this is something to keep in mind before jumping into the game sooner rather than later.

If you haven’t heard, reviews for the game are pretty great, and you can check out our reviews round up here and give our Elden Ring review a read through here.