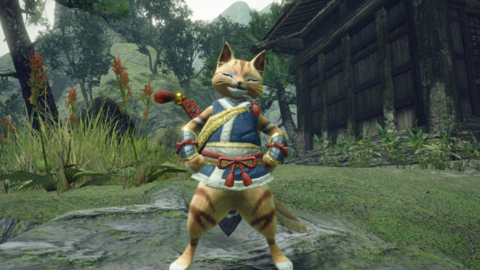 Monster Hunter Rise has passed 8 million copies shipped worldwide following its release on PC last week. This is up from the 7.5 million figure from September 2021. The game has now reached 8 million sold across Switch and PC together.

The entire Monster Hunter series has exceeded more than 78 million copies sold as of September 30, 2021, Capcom said in a news release. With 8 million in sales, Rise is now tied with Resident Evil 6 as the sixth best-selling Capcom game of all time. Capcom’s No. 1 all-time best-selling game is Monster Hunter World, which has sold 20 million copies.

The PC release of Monster Hunter Rise was hugely successful, only trailing another high-profile new release, God of War, in terms of sales last week for PC on Steam. Next up for the Monster Hunter series is Monster Hunter Rise: Sunbreak, which is described as a “massive premium expansion” coming to the game in Summer 2022.

The PC version of Rise supports 4K and high-resolution textures, along with uncapped frame rates and voice chat. It also supports 21:9 ultrawide displays as well as mouse-and-keyboard configurations.

In other PC gaming news, Sony’s God of War just launched on PC and was the No. 1 best-selling game on Steam last week by dollar sales.

GameSpot may get a commission from retail offers.