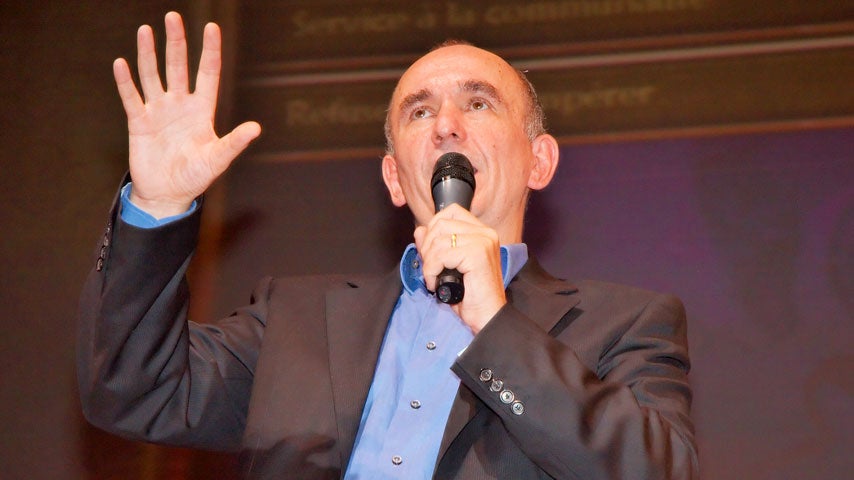 Luminary game dev and purveyor of out-of-reach gaming ambitions Peter Molyneux announced his company 22 Cans’ next game, Legacy, will utilize the blockchain and have players buying NFTs in a business sim game environment.

At this weekend’s event put on by Gala Games in Las Vegas, Galaverse, Molyneux detailed how crypto gaming impacted the development of Legacy, as he was approached by Gala Games to include the blockchain in the game, which had already been in development. Now it’s an immutable part of the game proper.

In a blog post on the Gala Games website, Molyneux goes in depth on how the blockchain will work in Legacy. The game is a business sim where you create products from thousands of parts, which will then be created by an “army of workers” and become available to sell on the open market. Anything and everything are available to trade on this open market, with the goal being to come out on top of said market. Before you start, though, you have to buy a Land NFT to base your business on, and all transactions are based on LegacyCoin, a cryptocurrency on the Etherium blockchain.

Molyneux isn’t the first game dev to dabble in NFTs and won’t be the last. Ubisoft built an entire platform, Quartz, devoted to games and NFTs. Still, it’s not a universal exodus towards the blockchain, as Steam banned NFT games, and Xbox unequivocally stating that they want nothing to do with their “exploitative” models. Time will tell the long term effects the NFT phenomenon will have on gaming.

The Undertaker is Now Available in WWE 2K BattlegroundsWritten by Jeremy Signor
December 12, 2021