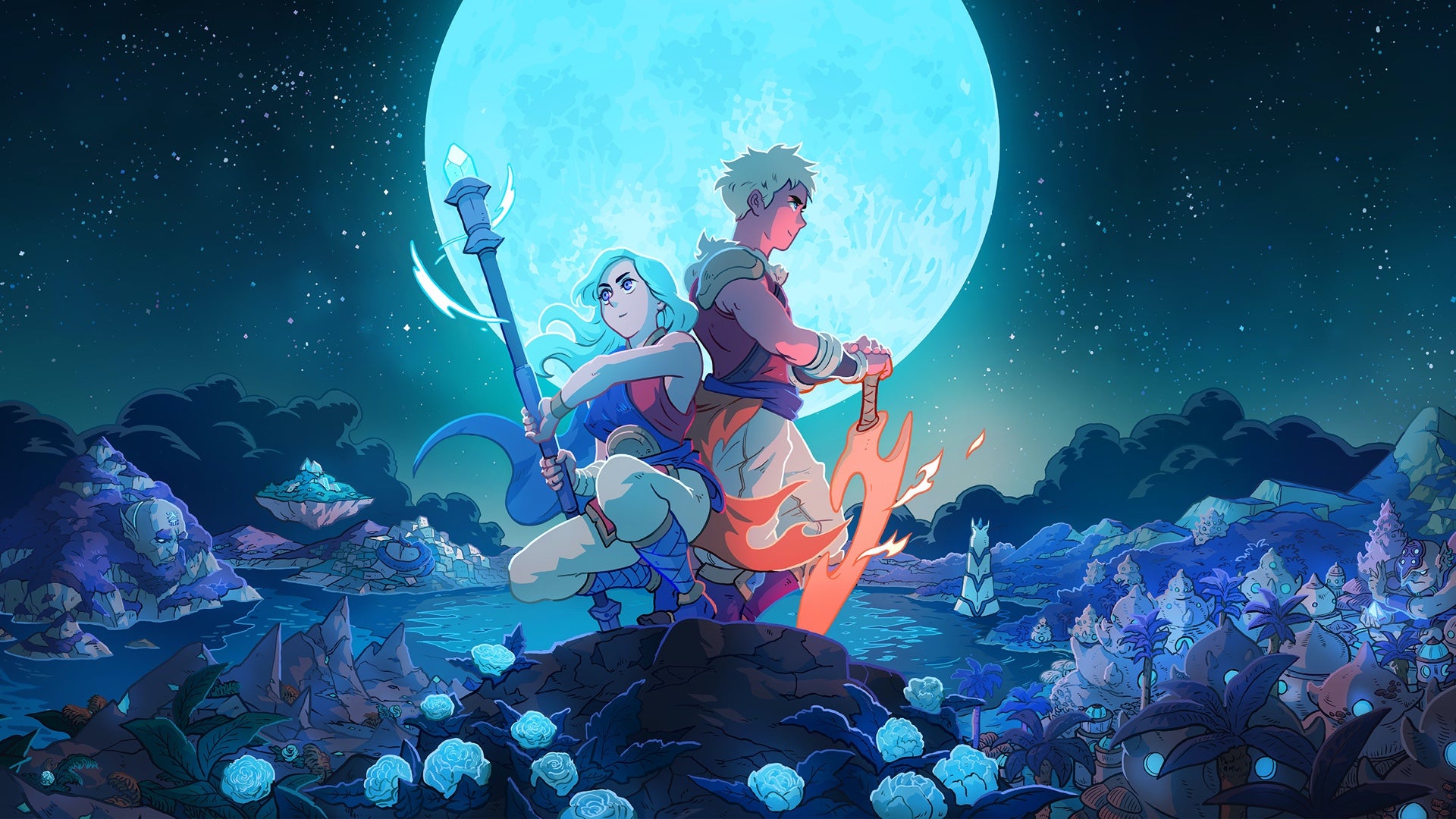 Sea of Stars, the long-awaited RPG set in The Messenger universe, finally has a Switch release date for late 2022 via an announcement from the latest Indie World showcase. From Sabotage, the developer of The Messenger, Sea of Stars will serve as a prequel to that game and also feature guest composer Yasunori Mitsuda, known for his work on the soundtracks of Chrono Trigger, Chrono Cross, and Xenogears, just to name a few.

The story unfolds with two Children of the Solstice, a lunar monk and a solar bladedancer, as they combine their powers to create eclipse magic, the only thing that can stand up to the monsters of the alchemist known as The Fleshmancer. The art style is done in a gorgeous hand drawn-looking tribute to Japanese RPGs. The biggest characters and enemies are especially impressive in motion.

As a follow up to The Messenger, Sea of Stars is especially exciting because The Messenger truly displayed a deep understanding of retro genres and subverting them into something interesting and new. If the same ingenuity is poured into Sea of Stars, RPG fans could have something truly special on their hands.

Sabotage announced Sea of Stars in 2020 and launched a Kickstarter for the game, which was funded in less than 7 hours. It’s safe to say that there’s a huge amount of demand for this game, and the excitement that we’ll finally get to play it next year is palpable.

Sea of Stars is confirmed for release for the Switch in Holiday 2022 and will also release for PC.

The Undertaker is Now Available in WWE 2K BattlegroundsWritten by Jeremy Signor
December 15, 2021