Strictly Limited Games has announced that it is bringing two new shoot ’em ups – Dezatopia and Mecha Ritz: Steel Rondo – together for a combo physical release with pre-orders opening on 4th December.

The Japanese indie shooters being packaged together in such a way is perfect for all those out there who are prone to reaching the end of one game and still being hungry for more. Fortunately in this instance, ‘more’ is right there on the B-Side (not on the other side of the cartridge, please don’t try that).

The first of these titles, Dezatopia, is an arcade-inspired horizontal shooter offering 24 different stages for you to fly through and 21 different bosses for you take aim at – hey, they don’t call it a shoot ’em up for nothing. The game will see you playing as Mokomo, a “fashion-obsessed high school girl”, who is on a mission to build a new world after discovering a hoard of aliens living under the Earth’s crust (as you do). 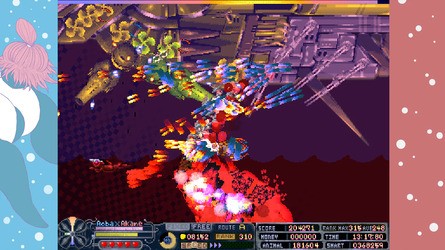 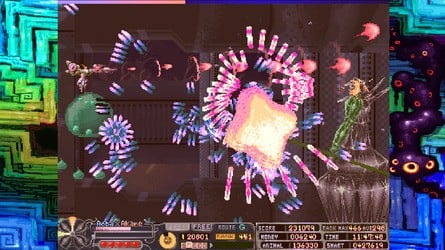 Mecha Ritz: Steel Rondo, by comparison, is a vertically scrolling shooter which will see you upgrading your ship to quickly clear as many enemies from each stage as possible. The decisions you make in each stage will influence the game ending, so spare a thought for that one when you are next blasting aliens to high heaven. 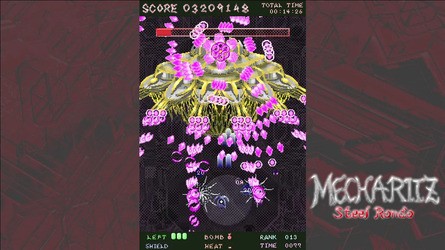 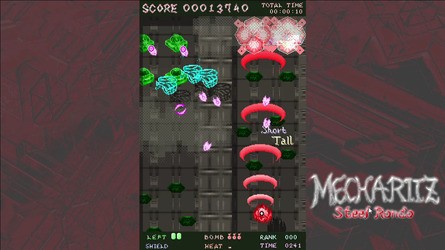 While both available on the eShop, this packaged combo will be the only physical release for either of the games, so it is a great way to get two classic-inspired shooters at once. The boxes will come in two different editions, each one with reversible cover art showing an image of one of the games and containing a manual for both titles – what a throwback! These standard editions will be limited to 999 copies.

There will also be (of course) a Special Limited Edition for both versions of the game for which there are only 500 copies. Aside from the game and manual, these versions also contain a unique box, a book containing developer insights, a two CD soundtrack and a double-sided A3 poster.

Each version will be available solely from the Strictly Limited Games store when pre-orders open on 4th December.

The Undertaker is Now Available in WWE 2K BattlegroundsWritten by Smurf
December 2, 2022

Will you be picking up this shmup combo? Shoot your thoughts in the comments below!