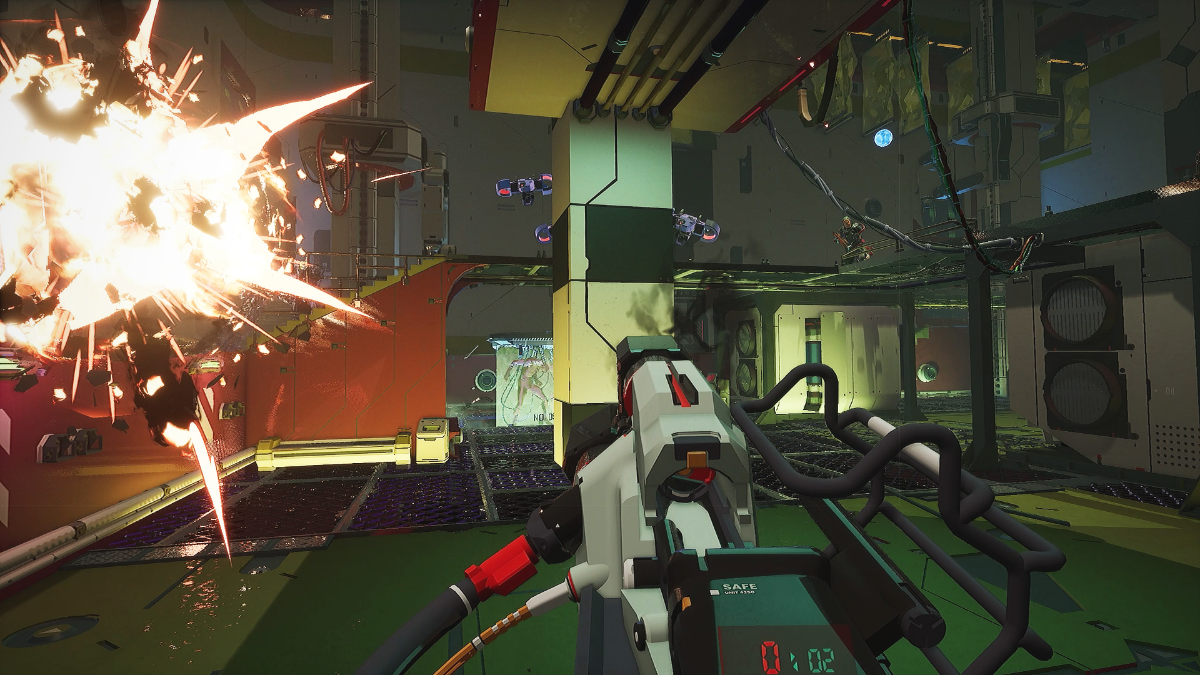 Publisher Super.com announced Deadlink, a new first-person shooter with cyberpunk theming and a roguelite structure. It comes from Gruby Entertainment, an indie development studio made up of devs that previously worked on Outriders and Giant Machines.

In a press release, Super.com describes Deadlink as “a fast-paced, guns-blazing cyberpunk FPS with rogue-lite elements” where you become “part of the Corporate Security Agency, which, contrary to the name, keeps corporations all but secure using plausibly deniable surgical attacks to prevent their most despicable schemes from coming to fruition.” The description leans hard into the very real resentment people currently have towards corporations and channels it into a seemingly infinitely replayable FPS.

The screenshots show off the extremely colorful art style of the game that looks heavily inspired by the moody neon that typifies the cyberpunk genre these days. And while cyberpunk games are a dime a dozen lately, this game looks solid already, and at least has a novel roguelite element to it. It’s the worldbuilding that’s really going to make or break this game, though, so Gruby really needs to nail how distinct these corporations are and how scummy they can be.

Outriders, meanwhile, was also a solid game when it released, though not without its strange ideas. That’s what makes Gruby Entertainment’s new game really intriguing. A big new update just released for Outriders last month, though developer People Can Fly apparently didn’t see royalties for the game as recently as last August.

Deadlink will release in Steam Early Access in Q1 of 2022.

The Undertaker is Now Available in WWE 2K BattlegroundsWritten by Jeremy Signor
December 18, 2021

Previous: The RPS Advent Calendar 2021, December 18th
Next: Not Everyone Had the Fortitude to Finish Returnal on PS5