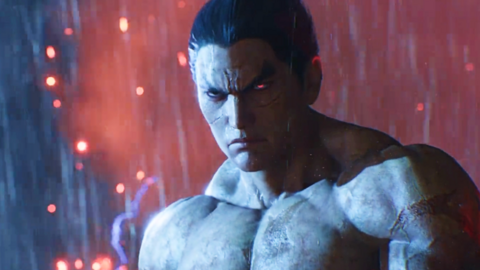 After making a pair of surprise appearances earlier in the year, Tekken 8 has been confirmed for an appearance at The Game Awards next week.

The official Tekken Twitter account posted simply “GET READY” along with a brief teaser video telling viewers to “save the D8” for the awards show. No other information was confirmed, and no other hints have been posted since the video went live.

Tekken 8 was first teased at Evo 2022 in August, where a seconds-long teaser showed Tekken mainstay Kazuya Mishima’s face–complete with glowing eye–and the franchise’s iconic phrase “get ready for the next battle.”

Two months later, during the PlayStation State of Play in September, Tekken 8 was officially unveiled for the first time. The gameplay showed Kazuya and his son Jin Kazama battling during a heavy storm, with the video showcasing updated graphics and effects. No other info about the game has been revealed since the State of Play.

Tekken 8 is the latest entry in the storied fighting game franchise, and the first since June 2017. It will launch on PlayStation 5, Xbox Series X|S, and PC.

Previous: Watch The Trailer For Our Upcoming Mina The Hollower Documentary, Debuting Next Week
Next: Google have started issuing refunds for Stadia games and hardware